Ever wondered about Italian opera? Have you ever listened to it? It’s amazing, isn’t it? The best part is that listening to Italian opera singers or Italian classical singers can help you to learn Italian. If you’ve never heard of Italian opera, no worries, we got you!


Let’s jump right into it.

Italian Opera is the mother of all operas. Opera origins are from Italy at the end of the 16th century and then spread through the rest of Europe; Heinrich in Germany, Jean- Baptiste Lully in France, and Henry Purcell in England.

Jacopo Peri is the very first Individual to compose Dafne, written in 1597. This was the first opera, however, the first public opera in Venice for a wide audience in 1643. There, Monteverdi’s L‘incoronazione di Poppea (the coronation of Poppea) was performed during a carnival.

It is important to acknowledge that around the 18th century Italy’s art and cultural life was heavily influenced by the aesthetic and poetic ideals of the associates of the Accademia dell’Arcadia. This is what inspired the Italian Opera.

Many of the most famous and popular operas were written by Italian composers such as Rossini, Donizetti, Puccini, and others.  In addition, Mozart set most of his operas to Italian librettos.

He was born in 1935 in the outskirts of Modena in northern Italy and died on September 6, 2007. He was a re-known operatic lyric tenor who was considered one of the best bel canto opera singers of the 20th century. Pavarotti who wanted to be a soccer star, found himself enjoying his father’s recordings. At the age of 20, he traveled with a chorus from his hometown to an international music completion in Wales and they took first place.  He dropped everything and dedicated his life to singing. His performance and voice were very much in the great style of the traditional Italian tenor. He was re-known internationally as a concert and Italian classical singer achieving a big following. Enjoy this amazing act performed by Pavarotti:

He born in 1873 and died in 1921 in Naples, Italy. He was one of the most admired Italian opera singers of the early 20th century. Caruso was the first musician to record his voice and document it. In March 1895 at the age of 22, Carusso made his professional stage debut at the Teatro Nuovo in Naples by the amateur composer Mario Morell. Later on, in the final years of the 19th century, He performed at a succession of theatres throughout Italy until 1900. He had a large following, especially from the middle class. They paid to hear him sing and enjoyed a substantial following among the New York 500,000 Italian immigrants.

She was born in 1922 and died in 2004. He was an Italian Operatic soprano and one of the leading lyric-dramatic sopranos of the post-war period. She had the most beautiful voices of the mid-20th century. Her voice was described as from rich and warm to delicate, sumptuous, glowing, velvety, and womanly. All these virtues captured a public that idolized her. 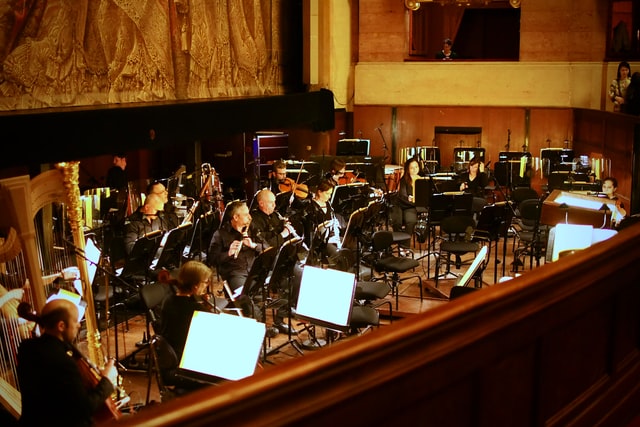 Italy is also the mother of Opera. This is because of its magnificent, historic opera houses that many artists still use.

Here are some of the well-known Italian opera houses.

A fire destroyed the Teatro Regio Ducale in 1776. After that, the Teatro Alla Scala reopened in 1778. It can currently hold around 2800 people and has hosted many premieres (first production) of many famous Operas.

If you get a chance to travel to Italy, maybe visit this house and you might be in luck with meeting some of the great Italian classical singers and you will also get a chance to learn Italian.

This theater opened in 2003 and has a 19th-century style based on the design by Aldo Rossi with detailed photographs obtained from the scenes of Luchino Visconti’s film Senso.

If you’ve never listened to any Italian opera I would recommend you start by looking for the above-stated persons on the internet.  It will also help you learn Italian words mostly used. To learn Italian more and also about their culture, check our blog!

Would you like to know more about Italian culture? Discover 10 best Italian movies that are perfect to learn Italian!